PETITION IN SUPPORT OF AFRICAN LAWYERS IN THEIR LEGAL PROCEEDINGS AGAINST FRENCH RACIST DOCTORS LOCHT AND MIRA.

Destinataire(s) :
All the bar associations and groups of lawyers in the world; Associations for the protection of civil rights, the defense of human rights and the fight against racial discrimination; Associations for the protection of the rights of minorities and men of color; Intellectuals (writers, philosophers, journalists, artists, ...) and associations of intellectuals, academics, teachers, researchers; Churches and religious associations (Muslims, Shintoists, Buddhists, Kemites, Hindus, ...); Parties and politicians; Ministers, parliamentarians, heads and statesmen, ...; Sportsmen and sports associations
La pétition

We are a group of African lawyers, Lawyers with African roots and friends of Africa who are deeply hurt and upset  by the insulting, racist and hateful comments  made on LCI television channel  regarding Africa and Africans by Pr Camille LOCHT and Jean Paul MIRA;

We have decided to take legal action in:

Based on the following acts:

In a program broadcasted by the French television channel LCI, on April 1st 2020 in the afternoon, Professor Jean-Paul MIRA, head of resuscitation at Cochin hospital, in Paris, and Professor Camille LOCHT, research director at INSERM discussed studies that could be launched to verify the effectiveness of a so-called BCG vaccine - probably an acronym - against the coronavirus. In this exchange Pr. MIRA  said : "If I could  be provocative, should we not do this study in Africa, where there are no masks, no treatment, no resuscitation, a bit like it is done elsewhere on some studies with AIDS, where among prostitutes: we try things because we know they are highly exposed. What do you think? "

To which,  Professor LOCHT replies: "You are right", and to add to that : "We are in the process of thinking of a parallel  a study in Africa with the same type of approach, that should not prevent us from doing a  parallel to a study in Europe and Australia ”.

These words are undeniably racist.

It should be recalled that racism is an ideology, which is promoted without scientific proof, given the existence of different “races” that certain "races" or categories of people as intrinsically superior to other human beings. This has resulted in hateful and contemptuous behavior that subjugates, excludes or discredits members of the so-called "inferior races" and fails to recognize their inherent rights and abilities, as they are considered inferior to that of the "racial" categories deemed superior. Slavery, Nazism, Fascism, Colonialism, Social Exclusion, Poverty and International Economic Disturbances are the most striking historical consequences.

Professors in Medicine are fully aware of internationally accepted rules on medical research and ethics (cf. Declaration of Helsinki) .Therefore when they argue “that this study (on a vaccine against the coronavirus) should be carried out in Africa, where there are no masks, no treatment, no resuscitation, ” This without  doubt is RACISM, especially for those who know the restrictive nature of the protocols agreed on the subject.

This re-enforces apprehension of the ordinary citizen, and makes the defense of the fundamental rights of the human person by legal practitioners very challenging when these facts are perceived in the specific context of the historical relationship between Africa and   the West (Europe, Americas).

Of importance is the relationship and cooperation in health matters that has transpired since the 16th Century at least. These statements are self-explanatory and give no room for speculations or allusions to a so-called conspiracy theory. These acts are clear; judicial evidence can be administered to them. They testify to the use of Africans and / or men of African origin, throughout history, as unprotected and unwilling human guinea pigs, in experimental clinical trials, on a more or less large scale, by doctors and other experts fed by philosophical ideas imbued with racism. It being clearly understood that these Africans - especially black - are perceived by these "higher racial categories", not as humans in their own right but rather as a hominoid species to be placed between the men themselves and the great apes of Africa .

We therefore can deduce  and allege that at a certain scientific level, there has been a gradual categorization of  species in clinical trials, starting from the most low-ranked species on the table (rats and mice), passing through our other primate cousins ​​(monkeys and great apes), then by us, inferior hominids, before the conclusion of  tests undertaken on the men themselves.

These ideas, which were adopted naively and with disregard by religious and scientific communities, remain resilient (and even perennial) in these same places, although science since then would have rejected them with laws to sanction them   everywhere.

Since at least the second half of the 19th century, it has been attested that involuntary and inappropriate clinical trials have been carried out on human guinea pigs in sub-Saharan Africa, sometimes on a very large scale for research on endemic diseases such as AIDS, Ebola, Sleeping Sickness, so-called Chinese Fever, etc.

Case in point   under apartheid, diabolical  research was undertaken by South African scientists and their cronies from the north, under the macabre Nazi project of eradication by outright extermination, of black men, in  'South Africa.

More insidiously and less proven, it is implied that large-scale clinical trials are made possible in Africa within the framework of abominable cooperation between certain pharmaceutical industries and corrupt African governments in some cases, the obscure aid of the highest world health authorities, in flagrant violation of the precepts and principles adopted in this field, by the Declaration of Helsinki (June 1964).

Fortunately, the world has changed and laws against racial discrimination have been passed; thus legally establishing the kind of  legal action to be taken, both internationally and nationally.

- On an international scale,

Even if the word  racism is absent  from the Universal Declaration of Human Rights (1948), it is clearly reflected in the notion of discrimination cited by the provisions of article 7 and those of article 2: “Everyone may avail themselves of all the rights and freedoms proclaimed in this Declaration, without any distinction whatsoever, in particular of race, color, sex, language, religion, political opinion or any other opinion, d national or social origin, fortune, birth or any other situation. "

Many declarations or conventions have, during the following decades, developed and clarified these two concepts. This is particularly the case for:

(i) The International Convention on the Elimination of All Forms of Racial Discrimination of December 21, 1965

(ii) The Declaration on Race and Racial Prejudice

(iii) The Universal Declaration on the Human Genome of November 11, 1997

These international legal tools have been internalized by  European (EU), African (AU), American (OAS) and Asian regional organizations . Continental organizations in Africa, Europe, the Americas and Europe have each been able to build within their pockets, appropriate legal cards for the protection of minorities and the fight against discrimination of all kinds.

- At the national level, for example;

The preamble to the Constitution already recognizes the equality of men regardless of race, sex or religion and guarantees the protection of minorities against all forms of discrimination.

From the criminal point of view, we will usefully cite the provisions of articles 152 and 241 of the Penal Code. The latter punishing "anyone who commits contempt as defined in article 152 against a race or a religion, to which several citizens or residents belong".

The provisions of article 42 of the Constitution vigorously proclaim the principle of non-racial or ethnic discrimination.

In criminal matters, the provisions of article 55 (1) of the penal code of northern Nigeria punishes, by fines and deprivation of liberty, any discrimination based on race or ethnic group.

It is thus clearly understood that the other African legislations each have in their legislative, customary or jurisprudential body, provisions similar to those quoted above.

As lawyers, we are jurists, human rights activists, citizens of the world, concerned by these state of affairs. Thanks to the new global environment, this is an opportunity too  turn the wheel of history against our misfortunes and have the law ruled by our African courts and by all the national, community or international bodies of which we know the competence in the matter.

Yes, we have heard that civil society organizations have stood up and seized traditional political bodies.

Yes, we know that some of our governments have played diplomacy and protested to the French government, as it should be.

But we say that these diplomatic protests followed by polite excuses are no longer enough for us;

Neither the steps and the sit-ins.

WE WANT THE ANATHEMA AGAINST PROFANATORS TO BE DECLARED SO THAT THOSE WHO DO IT, OR HAVE DONE IT,  WILL NEVER AGAIN. 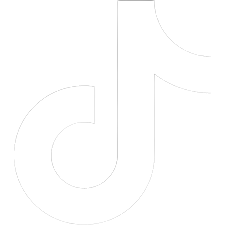