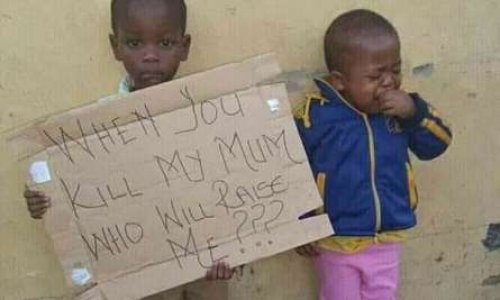 Over half those killed in Ntumbo were children, and local media report that several victims were burned alive.

No-one has claimed responsibility for Friday's incident, but an opposition party blamed the army.

Cameroon's government, which has been fighting separatists in the region for three years, denied involvement in the attack.

James Nunan, an official from the UN's humanitarian co-ordination agency Ocha, told the BBC that a pregnant woman was among those killed.

Fourteen children, including nine under the age of five, were also among the dead, he said.

Today there are already nearly 13,000 dead since the start of the armed conflict opposing the army of Paul Biya and the English-speaking secessionist groups who demand only the best living conditions.

Take action to save the English-speaking people of Cameroon